Increasing Signs of Disruptions to Shipping in the Black Sea

In the wake of yesterday’s outflow of dry bulk tonnage from the northern and western parts of the Black Sea, Shipfix’s daily cargo order data are confirming the picture of a collapsing trade in seaborne commodities from Ukrainian ports. The number of open orders for Ukrainian ports dropped significantly from Wednesday to Thursday as the Russian military descended on its western neighbour.

While much of the focus has been on the disruptions to shipments of dry bulk commodities from Ukrainian ports, the tanker trade from the eastern shores of the Black Sea is looking increasingly like a one-way path as well. The number of tankers destined for the Russian oil port of Novorossiysk looks to have been declining, with most vessels underway heading for the Bosporus. 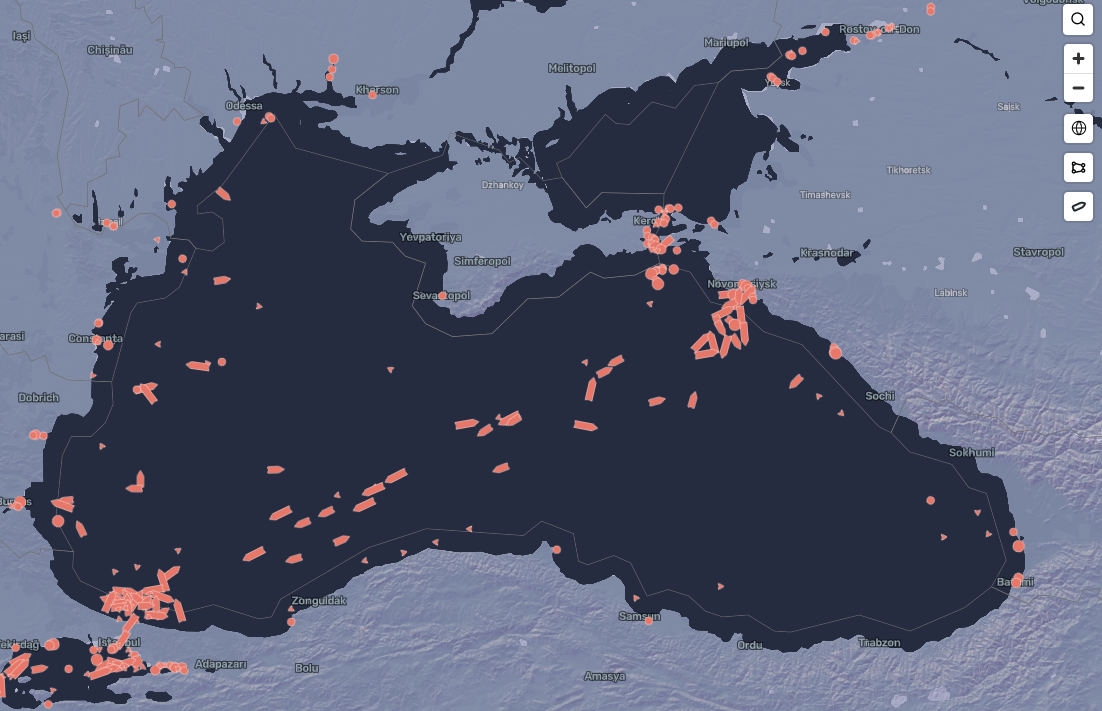 The risk of being caught on the wrong side of any sanctions is also likely to weigh heavily on many tanker owners’ minds. Vessels loaded with Russian oil or petroleum products may find it impossible to discharge their cargo in their original destination, as sanctions prohibit it. Apart from such vessels becoming modern-day Flying Dutchmen, there is also the risk of them being blacklisted for future trades. Hence, we are likely to see many tankers changing destinations en route or taking a wait-and-see approach. A Greek flagged crude oil tanker that has just entered the Black Sea appears to be such an example. Despite having the Russian port of Novorossiysk as its destination, the vessel has been moving in circles at reduced speed off the Turkish coast.