Shipfix data: Ukrainian grain orders are starting to lift off

A total of 24 ships carrying 948,000 Mts of grain have now found their way out of war-torn Ukraine since the UN grain corridor was established on the 23rd of July. A total of 7 ships including six Handysize and one Panamax remain still berthed in Ukrainian ports with the UN yet to report outbound voyages for these vessels.

Since Ukrainian ports have opened, Shipfix's unique dataset shows that spot grains orders have been gradually picking up, with many of these cargo orders specifying a load laycan starting in the 2H of August or in September. Of course, the large majority of these orders will not translate into actual firm shipments, for Shipfix understands many logistical and insurance-related issues still need to be overcome, though there is optimism in the air after the success of the first wave of shipments.

Compared to before the war, the number of grain orders remains below ‘normal’ levels. Shipfix cargo order data shows a total of 266 grain orders circulated since the deal, compared to 620 orders in the same corresponding period of last year, a 57% decrease, as shown in the graph below.

The destination of these grains orders remains similar to last year, with Shipfix order data showing the majority of these grains are heading to China, Turkey, Indonesia, Egypt and Spain. China remains the largest buyer of Ukrainian agricultural goods, with Chinese traders hoping to build from their first shipment in early August of 45 thousand Mts of Sunflower meal. 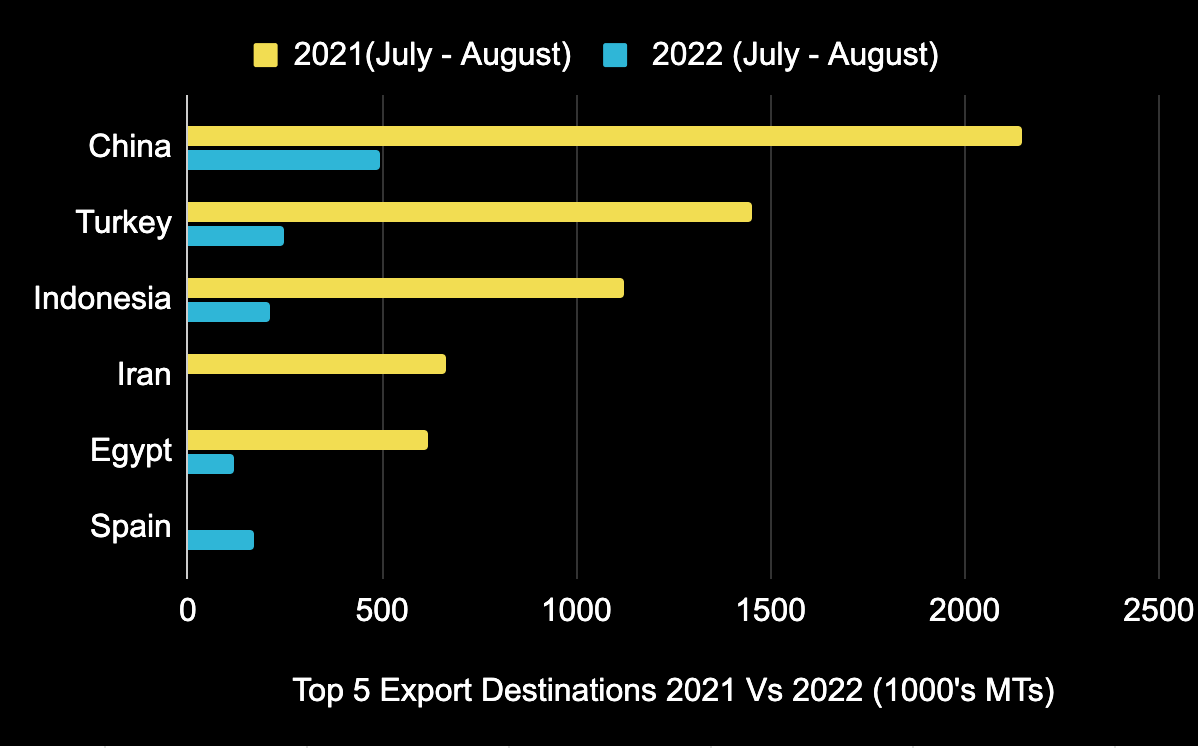 On the tonnage side, Shipfix’s tonnage data demonstrates that there does appear to be a slight, but not drastic increase in tonnage marketed towards Black sea since the deal was signed, off the back of the optimism caused by the first wave of successful shipments. The Handysize segment, in particular, has seen a rise in marketing activity towards the Blacksea, whilst the data suggests that the larger Panamax ships are yet to see an increase in marketing activity towards the war-torn area.